Though the model?was developed to consider effects upon the?parent-child dyad, it is applicable to virtually any hierarchical dyad – including children, employees, canines, and equines.

In the case of children, we typically accommodate a cooperative involving at least our child’s other biological parent, in addition to potentially one or more step parents. ?In the case of our animals, the relationship becomes?more exclusive (for better or worse), and with less opportunity for influence by?others. ?With our horses, the onus is very much on us?individually to reflect upon and understand our style, which will?fall among one of four general?approaches.

Think of?the four styles as bowls of porridge vs. colors of the rainbow, as it were: ?only one is “just right”, the others are too hot, too cold, or too non-existent; ultimately, they merely serve to describe gaps relative to the ideal – gaps we should endeavor to close?if we can.

Now, before rationalizing your way into the “Ideal Parent” club, understand: we don’t really get a vote in determining what our “As Is” parenting style is, in spite of the case your adoring ego is silently making on your behalf this very moment. Fortunately for “child You” (and unfortunately for “parent You”), it?doesn’t really work that way.

Authoritarian, Authoritative, Permissive, and Neglectful styles exist along a simple, two-dimensional continuum comprised of “Demanding-ness”?(roughly – 1. the extent to which rules and limits are prescribed, and the rigor with?which compliance is enforced; and 2. “Responsiveness” – the degree to which a child’s emotional needs are met in terms of perceived regard, warmth, love, security, involvement, etc.

While the essence of Permissive?and Neglectful styles may be grasped intuitively, the?Baumrind might have reached for less similar terms when delineating Authoritarian and Authoritative styles, since a) the terms are often used synonymously less formal contexts, and in this case b) one represents the ideal, and the other its opposite. ?Before applying the terms to our equestrian ends, let’s clarify the intent of the terms to avoid confusion. 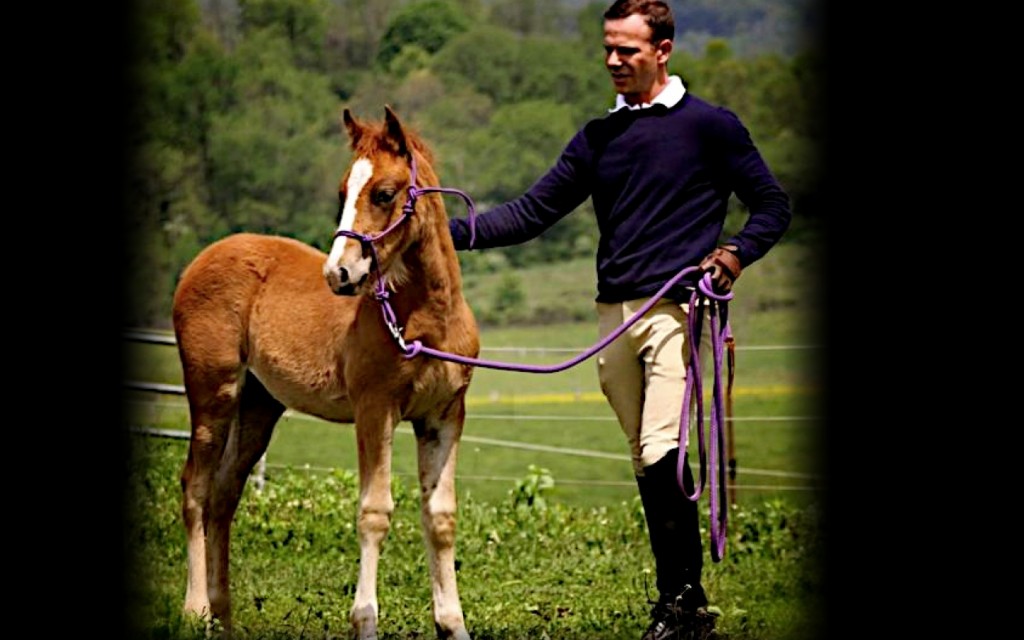 Let’s begin with the absence of ‘parental’ engagement. ?At this end of the spectrum, a Neglectful?style demands nothing and?responds to?nothing. ? The implications for children are negative, effectively installing a range of psychological ‘malwares’. ?The lack of unconditional love and the absence of enforced limits?creates a range of developmental issues for human beings.

With horses, such an interaction style simply equates to nothing productive: ?no relationship, and obviously?no progress with respect to high school development. ?If this styles were a bowls of porridge, this bowl would be empty bowl.

When we dial up?Responsiveness, we come to?Permissive?parenting. This creates some emotional safety for our child – and an actual relationship. ?All things equal, the child will turn out more or less “spoiled”, with a tendency to be oblivious?to their?annoying effects on others as an adult – mistakenly presuming a degree of charity, forgiveness, and benefit of doubt for themselves. ?If this style were a bowl of porridge, it would be “too hot.”

What naturally follows? ?”Too cold”, of course. ?The Authoritarian style?only turns the Demanding?dial, leaving the Responsiveness dial at zero. ?We foster the development of the opposing extreme in this case: ?an individual who conforms due to fear, but does not understand, and who, in time, either will not or cannot express their own feelings effectively – they become difficult to “read”.

This Authoritarian style may?seem?impressive in a cowboy clinic environment, particularly if your historically Permissive style has resulted in a spoiled horse lacking basic manners and etiquette. ?From a clinician standpoint, it’s quite a simple thing to teach Permissive individuals how to “get respect” by getting more aggressive and becoming ruthlessly consistent with sharp corrections in a?”no exceptions” environment. ?But while you may be able to effect?elementary ground?manners quickly, and may even be successful in developing a trail horse that will walk, trot, and canter (depending very much upon the personality of your horse, and your ongoing ability to prevail in several future?physical contests), the approach will never work for most people and most horses in a high school context.

Why? Because you will eventually sacrifice the two most essential requisites of high school study:

Not Too Hot, Not Too Cold

The right answer for children (and horses in my view) is what is called the Authoritative style (1).

Unlike the Authoritarian style, the Authoritative leaves plenty of room for the relationship, and accommodates deviations from the rulebook as long as there seems to be no malicious intent. ?The Authoritative realizes the importance of discerning playful, happy behaviors from disrespectful behaviors, and is careful to avoid responding to the first thing as if it were the second thing. ?Rules and boundaries exist, but the Authoritative trainer is quick to factor in the circumstances when dealing with resistances. ?This does not imply one spoil the horse, but it does leave room for second chances, prioritizes supportive empathy, and the avoidance of direct conflict when it is possible – and it almost always is.